Posted on August 4, 2018 by thelittlestprice

“TeTe! TeTe!” From the minute we left the children’s welfare office in Wuhan, our sweet girl screamed for “TeTe” with panic and terror and total heartbreak in her eyes, often until she made herself sick or until she was exhausted and fell asleep. We will never forget her seeing the elevator doors close as her favorite social worker left before we did, and hearing her scream “TeTe” as she tried to pry the elevator doors apart with her delicate little fingers. The look in her eyes as she screamed for him and tried to leave the hotel to go find him, while I, the awful stranger she didn’t even understand blocked the door, will haunt me for the rest of my days.

The worst part? We misunderstood, for so so long. We never learned what TeTe meant, and it wasn’t in any of the lists of super important words or phrases that we were trying to learn in Chinese before we left for China. The social worker who brought our sweet daughter to us was so kind, and loved her so much, that we assumed that was her name or nickname. We will forever kick ourselves – how naive could we have been?

It’s okay now. In fact, it’s beautiful. But it wasn’t then. When it comes to older child adoption, we feel strongly that others should know as many uncomfortable, icky, heartwrenchingly painful details as possible going in because this is LIFE. And life is all of those things. We shouldn’t hide from them. The bit of hiding we’ve done along the way – most of the time unknowingly (the heart protects) kept us, all three of us, from fully living our best rich gorgeous lives together. In fact, I haven’t blogged for so long because Maya didn’t want me to. She liked keeping her story private for a while. But after the events of the story I’m sharing with you now, she’s changed her mind and as I write this, she is my editor. Maya feels strongly, as do her dad and I, that it’s a story worth sharing.

The grieving for TeTe did not stop. It did not wane. Leaving the Beijing airport and getting on that plane from China for good broke our baby’s heart, and she was so sad and afraid that she was physically ill all the way home. Our family had quickly fallen in love right away, without a doubt. In Guangzhou, our second week in China, the three of us held each other and laughed and smiled and snuggled. So on this long trip home, we comforted her as best we could and she accepted as much comfort as she could.  Hours turned into days and days into weeks, but the grieving for TeTe and the nightmares and the sadness were pervasive.

We had some friends who lived in Nashville that we had met through the local Chinese community, who were actually from Wuhan, which is where we adopted Maya. One day not long after we had gotten home, we met them at a local Chinese restaurant for lunch. They had a brand new baby boy, and as they strapped him into his highchair, we heard them and their other children refer to him as DiDi.

If you know me at all, you know that I sprang into action. Let me just say thank God for Holt International‘s post-adoption services. Since we had such a close and trusting relationship with Holt, I was able to contact them and tell them that I thought there was a baby brother somewhere. That my girl was having a hard time being without her TeTe, that a riddle of sorts had just been solved, and I desperately needed their help.

A few months later in July 2014, as we were leaving the grocery store while on a family vacation in Nags Head, North Carolina, a moment I will never forget, I received a phone call. I learned that Maya GuanXin indeed had a little foster brother, that he had been matched with a loving family, and that they were Americans. My sister-in-law, who was quite aware of what we were dealing with, and I hugged and cried and had cold chills as people tried to maneuver around us to get into the store. With our permission and with their permission, we were put in touch with one another and slowly the sunlight began to pour in. 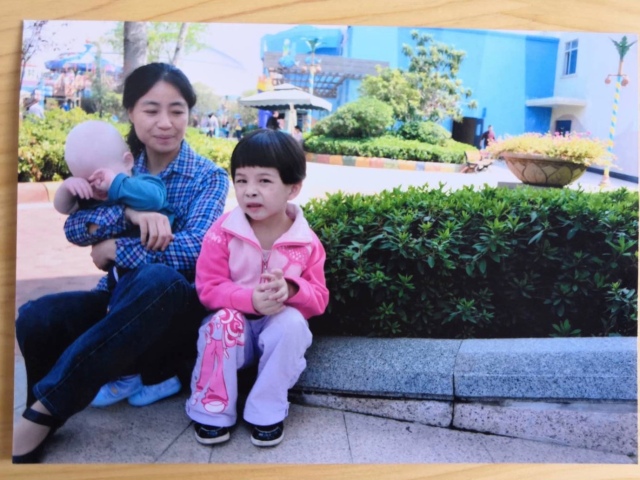 In December 2014, sweet Thomas MuZhu’s family brought him home from Wuhan. They were on the West Coast, which was fairly far away, but these two were now at least on the same continent and both had forever families who would do anything in the world for them. The face-timing began once we thought they were ready. And oh my goodness, these precious kids, both having to turn their heads sideways to focus clearly since they both have a visual impairment called Nystagmus, getting as close to their iPad screens as possible and gazing at each other as their eyes filled with tears. Touching their tiny hands to the screen. And that’s when she knew, that’s when Maya GuanXin knew that her baby brother was safe.

Fast forward again, as we waited for both children to be ready, not only to reunite but also to separate again without it inducing more trauma. They talked and talked and planned and planned, and finally the time came. Maya and Thomas discussed what they would do when we came to California to visit. Since he did not live too far from Legoland, of course that made the list. Maya talked about her trip to see him from sunup to sundown. Day after day. She made plans, she tweaked plans. She rearranged plans. We knew that they were going on a train to the ocean, and we knew that she was going to take him to Legoland and hold his hand as they walked around Legoland. These were non-negotiable.

And so we did it. And it was beautiful. I can’t say that this happens often, but there is a sweet energy connecting these two that encompasses everything, and so the plan fell into place perfectly and everything was beautiful, a dream come true. Not only did Maya get to hold him, kiss him, and feed him just like she did in Wuhan, but she fell madly in love with his brother and sisters as well. And are they still family? Of course they are! It’s important to understand that when children are raised in a foster family, often the only measure of family they’ve ever known, it doesn’t simply end when they are adopted. We had some good talks during our trip to California about family of choice, and the fact that they can still call each other brother and sister for the rest of their lives. They are family. And as her dad says, her family just got a little bigger.

And a special thanks to Legoland: Nystagmus is worse in bright sunlight and also in crowds, and they were gracious enough to make sure these kids had special passes so they didn’t have to manage crowded lines. We are forever grateful. Maya and Thomas managed Legoland without a hitch, including riding all of the roller coasters. Next stop, Disneyworld! 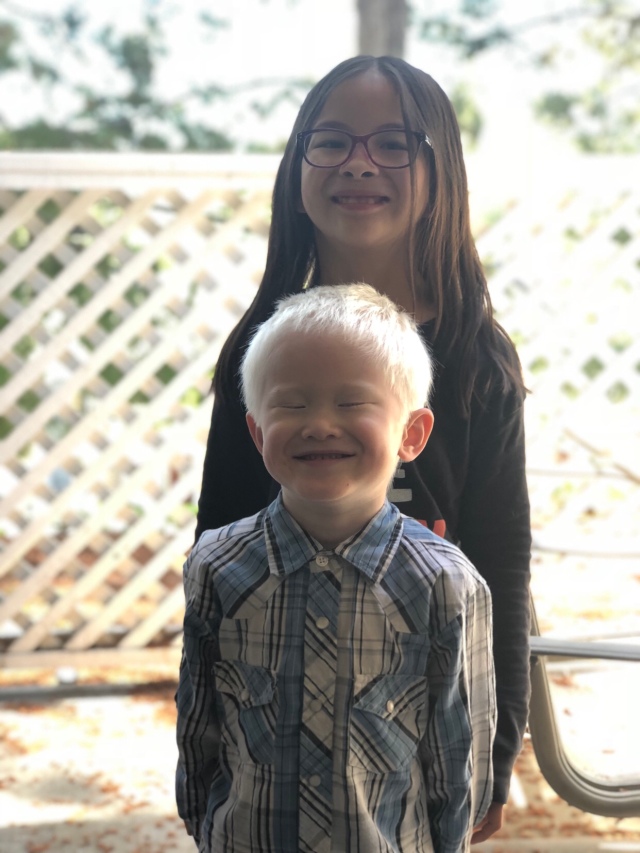 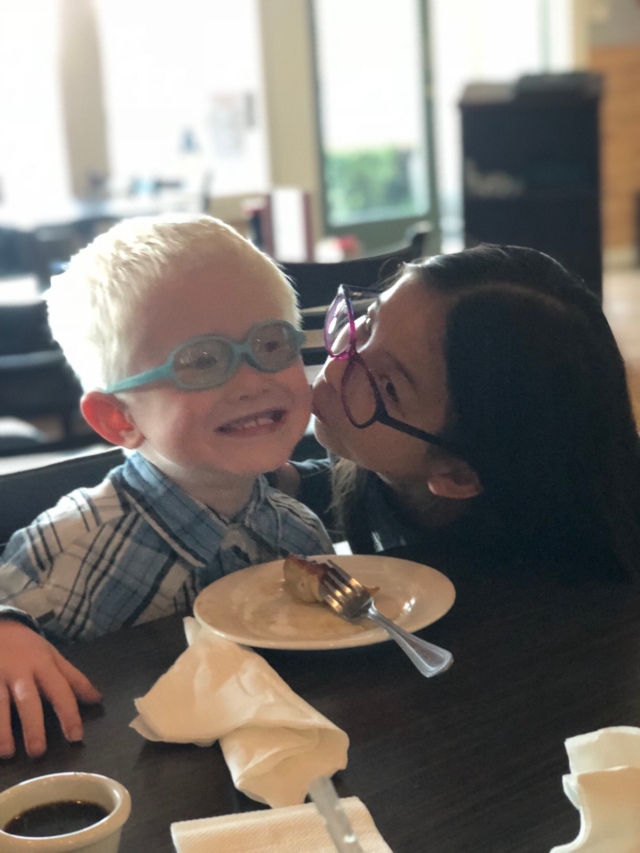 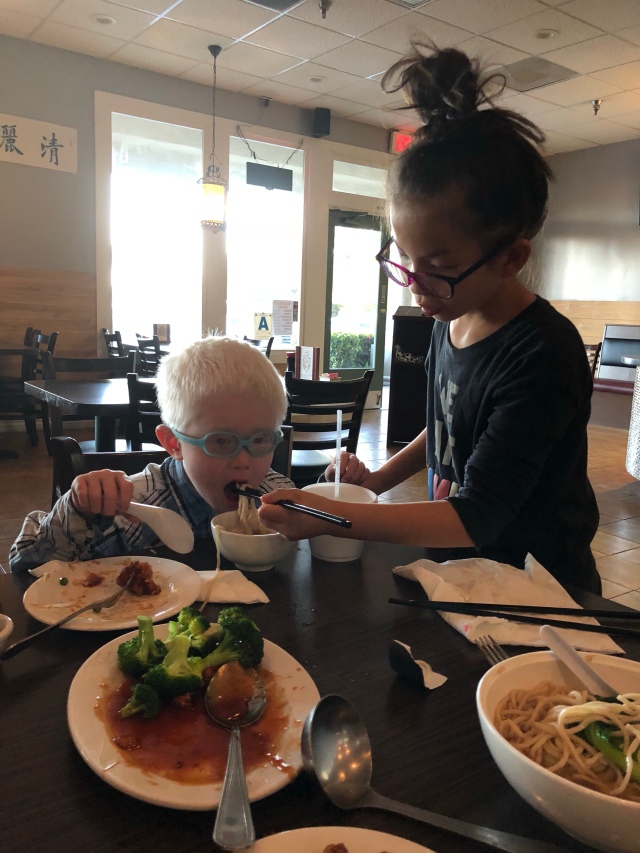 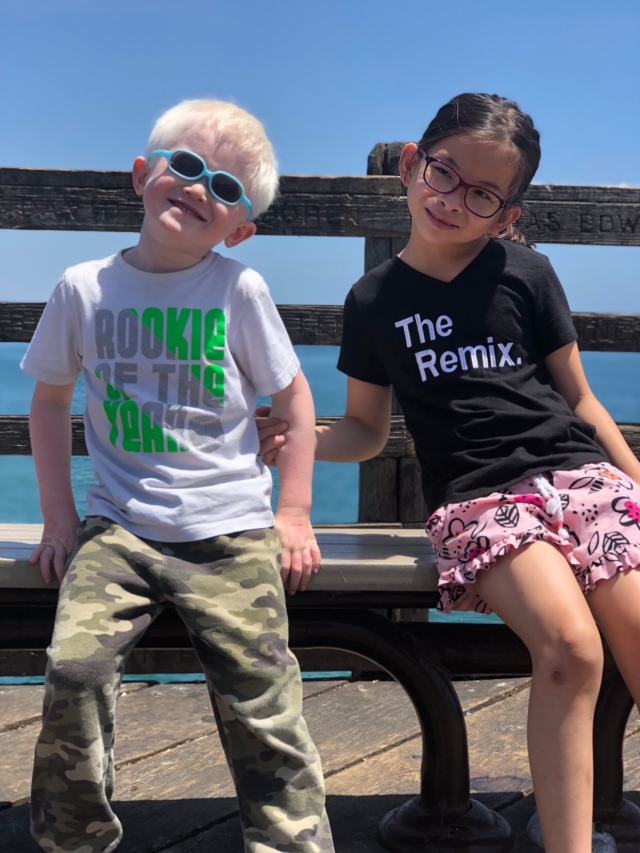 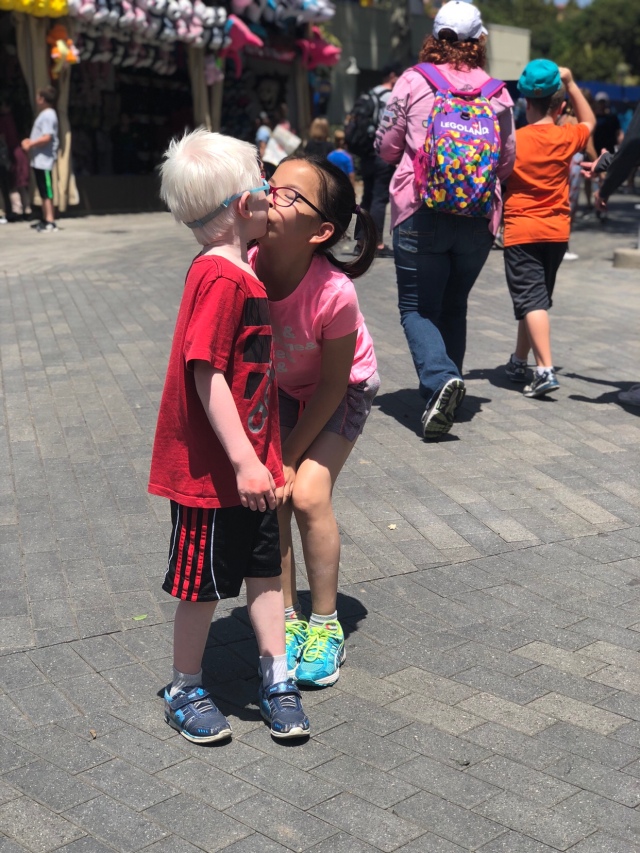 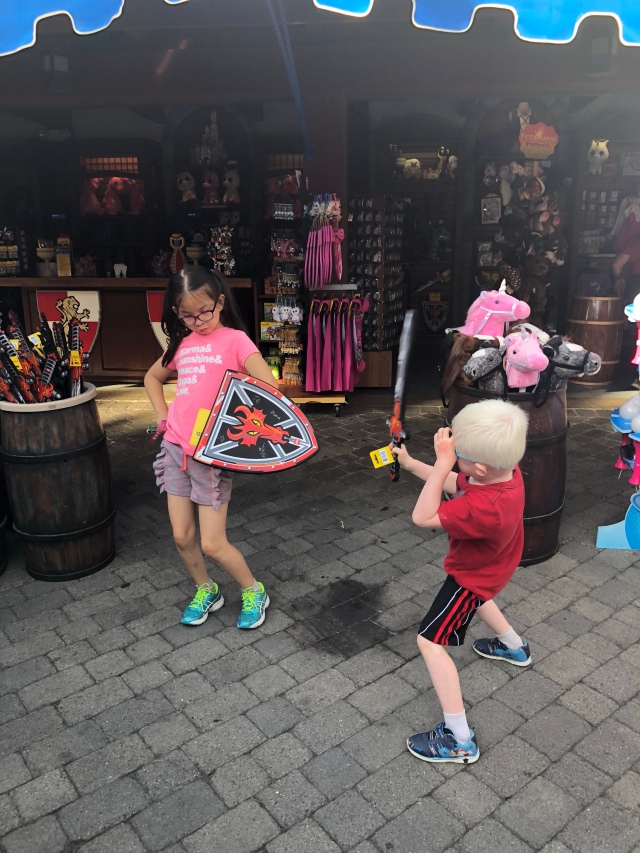 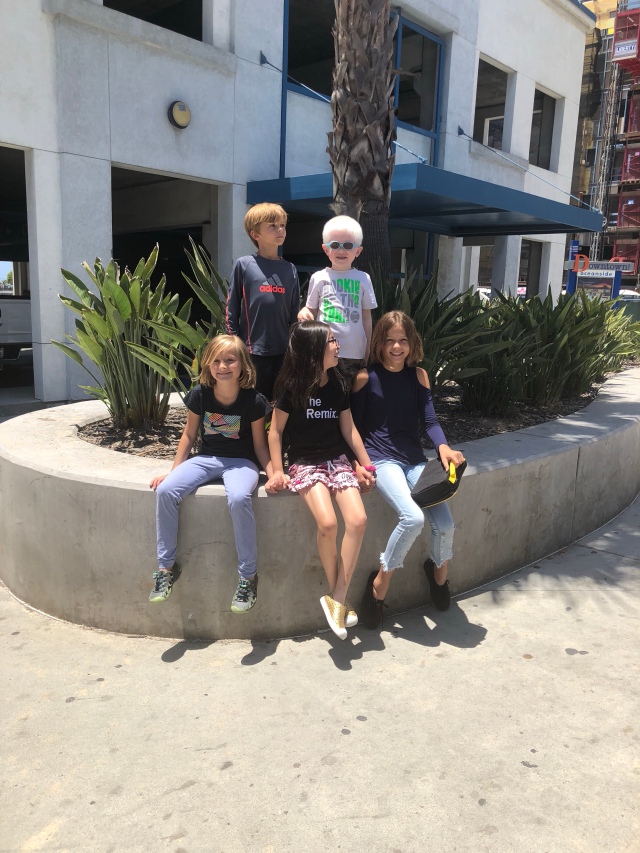 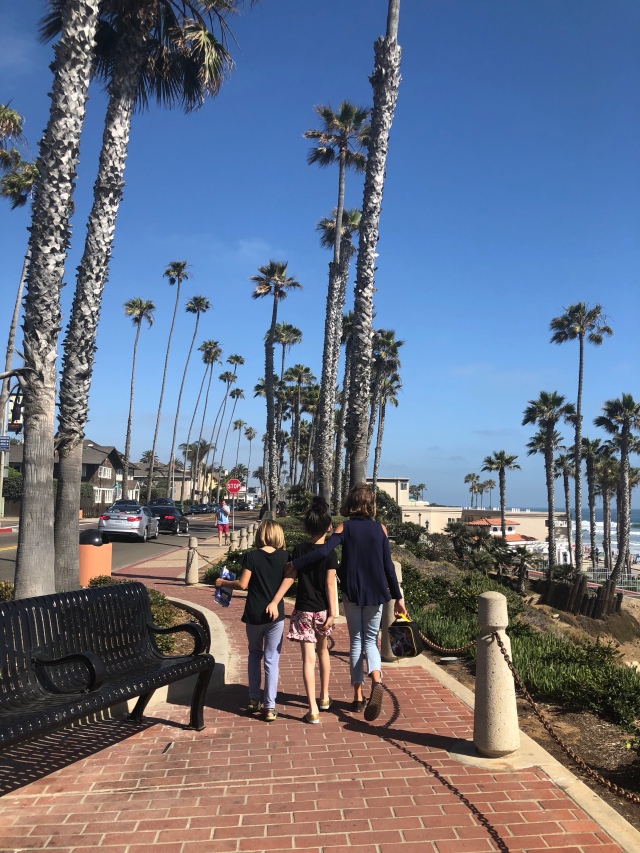 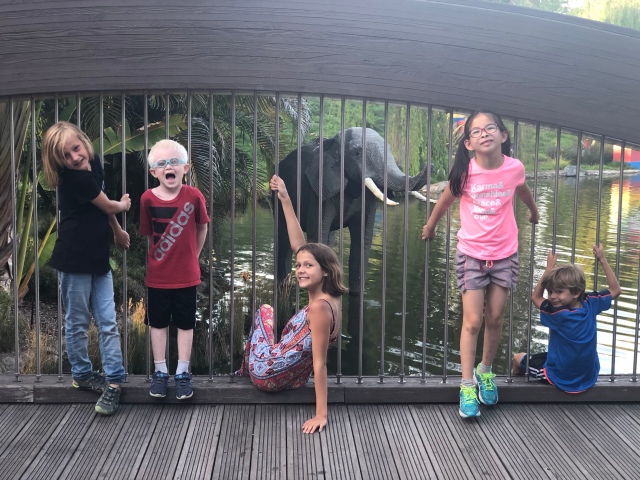 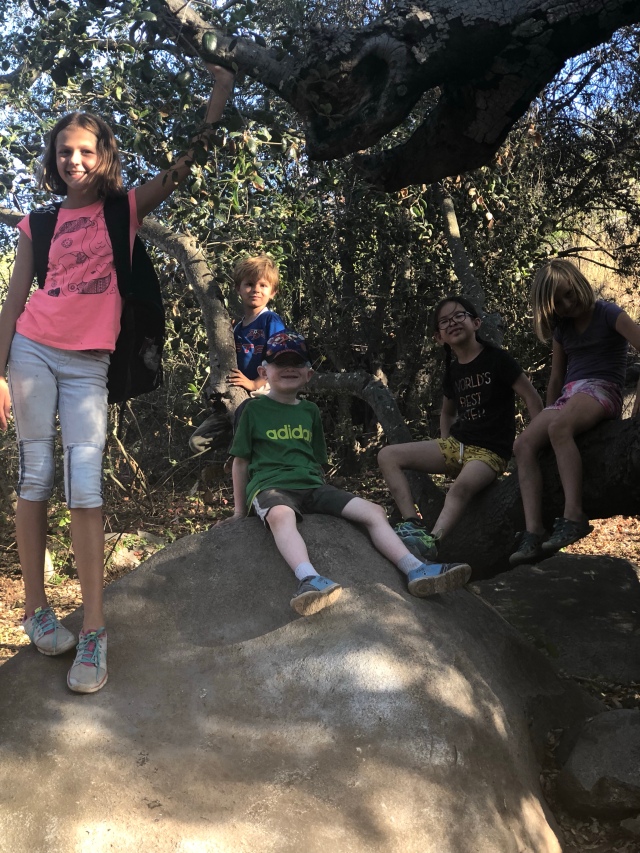